The AllStars back at Abbey Road 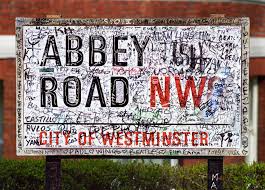 The AllStars were back at Abbey Road on Tuesday as a 12-piece band to record under the watchful eye of Producer and Pink Floyd drummer Nick Mason.

It was a fun day recording a Beatles’ cover in Studio 2, their favourite studio – and ours too!

Giles Martin, son of Beatles’ producer Sir George Martin, stopped by to say hi and the session was engineered by the cool Chris Bolster who engineered The Beatles’ Love Album amongst numerous other projects.

The whole day was captured by film maker Mark Brown on both high definition digital and vintage super 8 cameras.

The late night mix was finally finished at 1am – last out was assistant engineer, Matt who must have spent about an hour trying to get the silly string up off the studio’s parquet floor!

The AllStars musicians who featured on the day were: