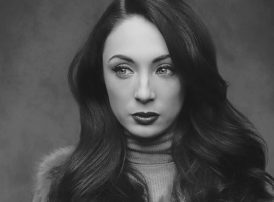 Since graduating from BIMM London with the award for ‘The Best Performer Of The Year’, Rachel Clark has made herself known for her distinctly commanding power pop vocal and captivating onstage performances. Now a highly sought after session and lead vocalist , she is also a backing vocalist, dancer, writer and tutor while also being a represented artiste on London’s West End.

International gigs have included The Palm in Dubai, The Venetian in Macao, Four Seasons in Florence and Genting Resort in Malaysia along with some of the biggest venues across London and the UK. Rachel has been entertaining globally for over 5 years and can hold crowds of up to 5000+ for huge New Years Eve events and exclusive celebrity weddings and parties.

Rachel’s powerful, anthemic vocals have been used by many DJ’s and producers on notable collaborations and releases, most recently with Dev Griffin from Radio 1. Her versatility in many other genres and styles has also kept her leading the UK’s top Soul, Funk and Disco bands, Rock bands and a 1940’s swing band.