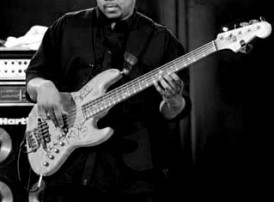 Otto Williams is a professional producer, musician and musical director who has performed on stages throughout the world. He has worked professionally within television, theatre and concert arenas.  He was educated at the High School of Music and Art, New York, N.Y. (The Fame School), The Jazz Mobile, New York, N.Y. and has worked with the following artists: