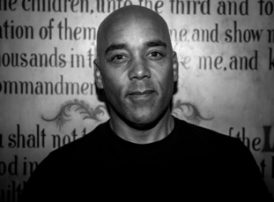 Michael’s extensive music career includes working with Boy George on his first solo album “Sold”, touring with Terrence Trent D’Arby for 4 years and following that a 3 year tour with Boy George. Michael was also a Musical Director for Massive Attack from 1994 to 1999 and performed on their most successful album “Mezzanine”.  He also took on another MD role with Finley Quaye to promote his debut album “Maverick A Strike”.