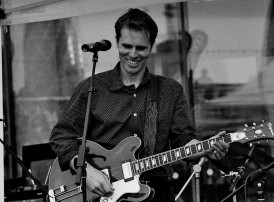 Klaus is a british born musician/composer/performer.

He graduated Brunel University with a first class honours degree in Music & Drama.

In 1997 he played the lead role of Buddy Holly in the West End hit Show ‘Buddy’ and worked as an actor for a number of years before focusing on a full time career in music.