A Night of Reggae for Save the Children 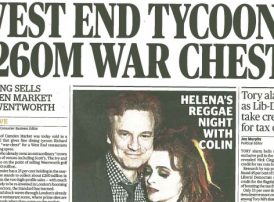 On Wednesday 12th March, 2014, The AllStars Collective were the house band at A Night of Reggae for Save the Children.  This unique event, which was co-hosted by Helena Bonham-Carter and Sir Alan Parker raised £1.4m for the charity.

The event made the front page of the London Evening Standard as well as other mainstream press.