A Night of Motown for Save The Children 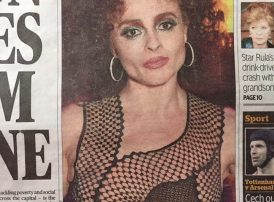 The AllStars were the house band for Save the Children’s Night of Motown at the Roundhouse in London.  The event raised £2.3m for the charity and guests included Helena Bonham-Carter, Berry Gordy, Jon Snow and Sienna Miller.

Our 17-piece house band from The AllStars Collective were joined on stage by Lemar, Beverley Knight, John Newman, Tito Jackson and Mary Wilson of the Supremes.